This blog was created by friends on Satí's permission for information and fun. Poetess Pramila does not have an official website and is not on social media.

Satí (Pramila Uppalapati), who was invoked as Vaarungal Sivanaachi Amma by the Holy Goddess Kamakshi, was born on 03-Sep-1984, Villivakkam, Chennai.

Satí is a Shivite Yogini, Astrophysicist, Scientist and is the first Penpaar Pulavar (Poetess) to have written Sangam Tamil Grand Epics or Perumkaappiyams in the language, namely Potruhil (2012) and Manjari Purana (2018) and "Sivanin Satí Purana" (2020). The previous five Grand Epics of Tamil were written by men since 5th Century BC. Public life is being prohibited by her biological mother for safety reasons.

(See Biography for personal details. Check Books and other Works Tab for all Works and Downloads)

She's currently researching inter-dimensional physics and is trying to create a time/space machine with a rotatable Shiva Linga and some secret Sithar recipes.

The Linga in the making: 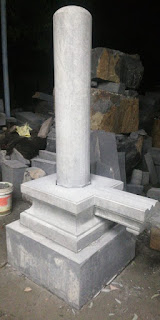 To Shambhala-The Golden City at the Earth's Core

My Brother Satan-Book 3: The Reign of the Morningstar