Miss. Pramila Sati Krishnam Uppalapati is a Shivite Yogini, Astrophysicist, Scientist and is the first Penpaar Pulavar (Poetess) to have written Sangam Tamil Grand Epics or Perumkaappiyams in the language, namely Potruhil (2012) and Manjari Purana (2018) and "Sivanin Satí Purana" (2020). The previous five Grand Epics of Tamil were written by men since 5th Century BC. Public life is being prohibited by her biological mother for safety reasons.

(See Biography for personal details. Check Books and other Works Tab for all Works and Downloads)

She's currently researching inter-dimensional physics and is trying to create a time/space machine with a rotatable Shiva Linga and some secret Sithar recipes. 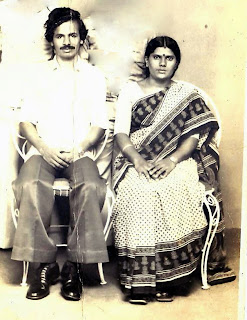 Other Services: Animal Rights Activist, Environmentalist.
Favourite Pastime: Eating and Sleeping
Hobbies: Astrophysics, Author, Musician, Singer, Poet and Sculptor.
Hobbies: Wandering in the Rudragiri South Kailash mountains in Tirukachur praying to Lord Shiva researching  inter-dimensional portals of the mountain, Big Foot liar hunt, picking medicinal herbs, Script writing, singing, doing physics, etc.
Languages Well-Versed: Tamil and English
Attire: Generally Sari or Salwar.  Her foster father who turned into a Muslim had asked her to wear Burkah for public view until she reconverted to Hinduism from Christianity after tedious research concluding Yahweh is Lord Shiva.
Favorite Personalities with respect to Chivalry and Charity:  Lord Shiva, Actor Prabhas Raju, etc.
Favorite Sports: Underwater Swimming, trekking, hiking, etc.
Favorite Musical Instruments: Violin and Antique Grand Piano
Favorite Musicians: Hans Zimmer and David Garrett.
Favorite Violinists: Niccolò Paganini and David Garrett.
Favorite Colors: Pink, Blue, White, Black with Pink or Purple, Yellow with Blue, etc.
Early Life
When Pramila-Satí  was a child, she was different from her little friends by means of reasoning and innovative capabilities, and her favorite pastime was daydreaming. She grew up as a confident young girl and her writing started from her school days being inspired by the diverse and beautiful Indian culture as well as for the school activities in both English, the medium of study as well as Tamil, her mother tongue.
She did her BA and MA English studies after and wrote her first published work, a novella, "The Pearl Box and the Seahorse" when she was 21.
She obviously has a great passion for the British Isles, which is evident from her works. She herself made sketches for "The Pearl Box and the Seahorse," that depicts what she had in mind.
Her debut Tamil novel, "Antha Iruvarin Naatkurippugal," written in 2009, was released in 2010.
Satí wrote Potruhil (2012), Tamil's Sixth Great Epic (Perumkaappiyam), the First by a poetess. She is also the second Great epic (Perumkaappiyam) writer by her Manjari Purana (2017).
"Puram Nooru"(2013) a collection of hundred archaic Tamil songs of the Puram genre written by Kothai is about to be published in 2016 along with "Agam Nooru" (2015), both of which she says has many sweet Sangam Tamil songs.
Chellak Kaadhalan is a music album made out of a song from the screenplay script of "Vaazhvin Ellaik Kodugal," a novel by her, which is about to be released as the movie, "Siragugal/Chella Kaadhalan."
She left her biological parents as an infant.  She left her Foster family recently.  Her  current location is unknown but she continues to write and uses the official name"Satí सती சதீ" for her works.
Her public appearance has been postponed by the politician who claims to be her biological mother.
Labels: Biography